UK charity Adoption UK has appealed to birth families not to contact their birth children, given up for adoption, and now teenagers, via social media without advance preparation. A quarter of the 3,500 adoptive parents questioned in a recent survey by the charity said their adopted teenager had had some form of contact with a birth parent in the past year that was outside a formal agreement. The most common form of contact was social media.

Established adoption charities said the established adoption practices for contact were no longer working and that a new system for authorised contact between adopted children and their original family was needed. Many adoptive families questioned in the survey said contact with their original family was positive for the child, but 61% said the experience was destabilising and 46% said they were unprepared for the unprompted contact.

Report author and Adoption UK policy advisor Rebecca Brooks said, “Traditional methods of maintaining contact with birth families and adopted families, which is usually a letter exchange once or twice a year, does not prepare families all that well for the unsolicited contact that can occur in teenage years because social media makes it so easy.” Some adopted teenagers are using social media to contact their birth families.

The Adoption Contact Register for England and Wales is where birth parents may leave their contact details, which may be given to the adopted child on application. In Scotland, contact Birthlink; in Northern Ireland, the NI Direct.

For advice about the searching process and finding emotional, read this advice from the Coram/BAAF Adoption and Fostering Academy.

Adoption UK is one of two charities – the other is Home for Good – involved with the new All-Party Parliamentary Group for Adoption and Permanence, formed in February 2019 to give a stronger voice to families involved with adoption, and to develop effective policy and practice.APPG chair Rachael Maskell, MP, said, “This new APPG is a very important opportunity to advocate for some of the most vulnerable children in society and i am delighted to be leading it. adopted children have had a very tough start in life and they deserve the attention of policy makers to ensure they are able to build a better future.”

For more articles about researching family records, try:-
Where to start your #familyhistory search
Genetic map ‘People of the British Isles’
Searching the #DeceasedOnline database of #graveyards 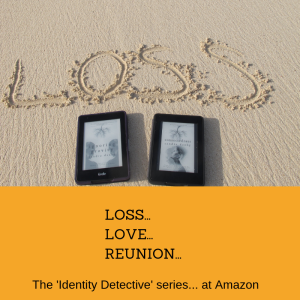 ★★★★★ “I devoured the book in one go, unable to put it down despite the tirade of emotions it brought to the surface”

Start the ‘Identity Detective’ series of #adoptionreunion mysteries with Ignoring Gravity. When you don’t know who you are any more, it’s time to ask questions. Will Rose Haldane like the answers she hears or wish she’d never asked?