This adoption story from the 1960s belongs to a teenager whose father died when she was 15. Missing her father and growing apart from her mother who was distracted by a new husband, she sought love and attention elsewhere. She went clubbing, and at 16 was pregnant. This is Denise Temple‘s story from Long Lost Family. The family agreed the child would be given up for adoption.

But Denise remembers looking at her new born baby, Deborah: “I thought I’d die for this child, I’d die for her… I just cried and cried and cried. I said ‘I’m not giving her up’.” But her stepfather would not have her in the house. It was finally agreed that Denise and her baby could go home on the understanding that she could expect no help from her mother or stepfather. In The Sixties there was little state support for single mothers. Denise went home, and the baby slept in a drawer. She had half a dozen terry cloth nappies. “I was so alone.” She struggled on for three months, before finally giving her baby up for adoption. “It was no life for her, or me.”

Denise never forgot Deborah. “She’s always with me… Has she been happy? I want Deborah to know that I’ve always loved her.” When Denise eventually began to search for Deborah she had no success, not knowing that Deborah’s name was changed.

According to the Long Lost Family team, including Davina McCall and Nicky Campbell [above], this case is unusual because in England in the 1960s it was common for birth mothers to spend only a few weeks with their baby, before the baby was taken to its adoptive parents. Denise spent three months with Deborah, she battled hard to keep her.

Deborah, now called Susan, was told when she was 21 that she was adopted. She says she always knew. “Intuition,” she tells the programme, “I was so unlike my family.” But she didn’t search, “I didn’t want to poke that dragon”. When she did search, the file for the month of her birth in 1965 was missing. “That was the end of my search.”

When Long Lost Family approached her with the news that her birth mother wanted to meet her, Susan admitted to mixed feelings: excited, and interested. She tells Denise that she had dreams about sleeping in a drawer. 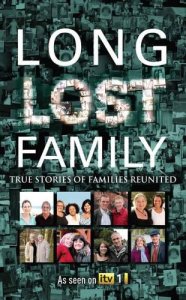 If you like this true story, try:-
Bob Macnish
George Orwell
Jenna Cook 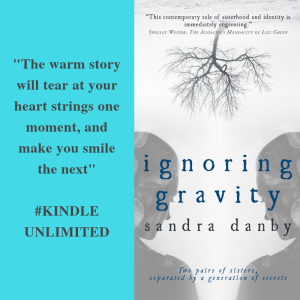 Rose Haldane is confident about her identity. She pulls the same face as her grandfather when she has to do something she doesn’t want to do, she knows her DNA is the same as his. Except it isn’t: because Rose is adopted and doesn’t know it. BUY