By the age of three, Esther Robertson had had three different first names and surnames. 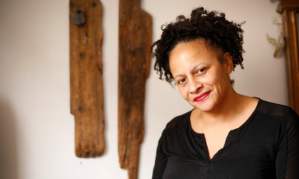 Born in 1961 in a Glasgow mother and baby home, Esther’s first name was Catherine Anne Lindenberg. Her birth parents were a 17-year old Jewish girl from Edinburgh and a black American airman. Following family pressure, Catherine’s mother placed her for adoption. Robertson told The Guardian, ‘I don’t know if she accompanied me to the children’s home in the Borders where I was temporarily sent. I do know that she paid 30 shillings each week for my keep. I’ve never seen a photograph of myself as a baby. I don’t even know if any were taken. I’m pretty sure I was as cute and ready to be cooed over as the next child. But adopters were looking for blonde, blue-eyed bundles of joy. Not one with Afro hair and brown skin.’ 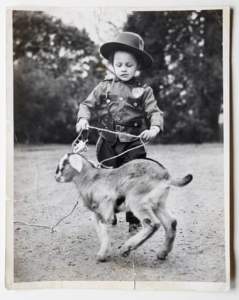 Esther Robertson as a young girl

After seven months in the home, Catherine was first fostered by, then adopted by, the Revered Robertson and his wife who named her Esther. Slow to speak and knock-kneed, Esther’s development was a cause of worry for her new family. ‘A year after my adoption, the Robertsons requested me to be rehomed on the grounds of my slow development and Mrs Robertson’s poor health. In July 1963, aged two and a half, I was given a new home and another new name.’

Now settled with the Robertsons, Esther felt different, questions were unanswered. ‘I felt like an outsider. I felt different. My hair was certainly different. Hours were spent trying to brush, comb and cajole it, but it steadfastly refused to be tamed. On shopping trips with Mum, which I adored, she always introduced me the same way: ‘This is Esther, my adopted daughter.’ Just one extra word, but it jarred. I was so different, it seemed, that I came with an explanation.’

Now in her fifties, Esther is settled and is a social worker. She understands that she coped by using her imagination ‘to escape the constant upset and upheaval of my childhood. Creativity remains my weapon of choice.’

If you like this true story, read:-
Brenda Rhensius
Sheila Mercier
George Orwell