Four years after adopting, the father of an adopted baby puts pen to paper and writes to his son’s birth mother. The original letter appeared in The Guardian. It is an emotional read, partly because you quickly realise the birth mother has died. And, as you read on, you realise the two adoptive parents are men. “In fact, you will always be his only mother – as we are both men. And I cannot help but wonder how you would feel about the fact that David has two Daddies and I hope that you would be accepting of that.” 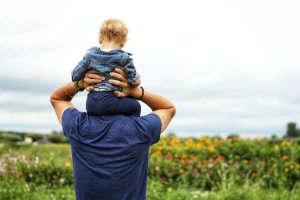 The letter writer and his partner read the file of a baby boy on a September morning. It was a difficult story to read, “Yours was a story so far removed from our own that it took every ounce of imagination to understand what you must have gone through.” And then came the phone call to say the baby’s mother Sarah had died.

“Suddenly, we knew what we had to do. There was never any doubt. All I remember was an overwhelming desire to protect this little boy, to give him the love and care he deserved. And really that was that; as far as we were concerned, David was now our son. There were further meetings, questions, paperwork, panels, decisions, arrangements and preparations. Then, two months later, we met him for the first time. I hope the fact that I call him ‘our son’ does not offend you. Sarah, you will always be his birth mother. But I make no apology in referring to him as our son.”

The relationship between birth parents and adoptive parents can be an awkward one, but for these two fathers the challenge is different. “It does seem strange writing to someone I have never met, but part of me feels that I know you so very, very well.”

Read the full letter to Sarah at The Guardian.

If you like this true story, read:-
Philip Sais
Annie from New York
Amy Seek