Kate Jameson first thought about adopting a child when she was 16. “I had no overwhelming desire to have my own biological kids – I felt there were enough children in the world already – but knew that I wanted a family and, if I could, I wanted to offer my love to a child who maybe hadn’t had the best start.” At the age of 16, Kate assumed she would probably grow up, meet someone and change her mind.

She was 22 when she met 24-year old Tom, and still wanted to adopt. Then by the time she was 29, “I still had no real longing to have my own child” and felt strongly that there were enough children in the world needing loving homes. Statistics from October 2019 released for National Adoption Week estimated that the UK’s care system had 4,000 children with only 1700 adults wanting to adopt. Tom was initially wary of Kate’s suggestion but agreed to explore the process. “My main worry was that I wouldn’t be able to love an adopted child like my own biological child.” 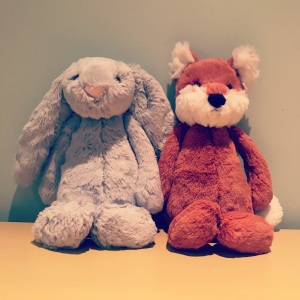 They decided to look at siblings as it is more difficult for social workers to place siblings together. They met Robert, four, and Eve, two, in February 2018 at the house of their foster carer. A month later, they were living together. 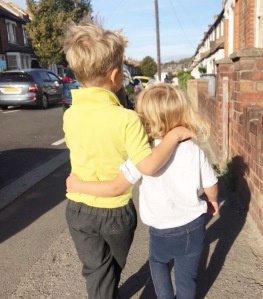 Kate says, “The past two years have been a whirlwind. To begin with, it felt like we’d stepped out of our own lives and into someone else’s. It was overwhelming having two children in the house calling us Mum and Dad and expecting us to know everything.” The children are now six and four and, although the Jamesons would love to adopt again, they are focussing for now on what is right for their two children.

Read Kate and Tom’s full interview with Good Housekeeping magazine, or follow their story on Instagram and at their blog.

Read this Guardian article about birthstrikers who decide not to have children in response to climate crisis.