A slow-build read which, by halfway, Shadow Baby by Margaret Forster had me glued to the page. It is in part a story about unplanned pregnancy – choices, motherhood and how a girl grows to be a mother herself – and part social history. The history is the skeleton on which the flesh of the story hangs and inter-connects. 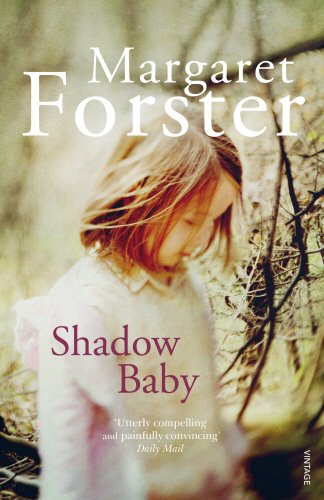 Two young women fall pregnant, Leah in 1887 and Hazel in 1956. Both abandon their babies. Shadow Baby is the story of Leah and her daughter Evie, Hazel and her daughter Shona. The circumstances are different – Evie is brought up first in a children’s home and then by reluctant relatives; Shona is adopted by a family desperate for a child with a mother whose care is suffocating – but the stories so similar. Both daughters are obsessed with their birth mothers.

From generation to generation, mistakes are uncannily mirrored. Attitudes from the 19thcentury reappear in the 20th. Shadow Baby is a thoughtful and measured exploration of how the nature of being a mother differs from woman to woman, expectations, fears, well-meaning but hurtful family and social pressure. And how, when the daughter grows into a woman who in turn becomes pregnant, the same fears, expectations and social pressures kick in. Forster is perceptive about the rejection felt by the daughters, and the shame of their mothers, shame which prompts denial and continued rejection. These women have to make hard decisions to survive, decisions a million miles away from how we live today in our comfortable 21st century lives but with a stark reminder of how the actions of a previous generation can affect the next.
BUY THE BOOK

If you like this genealogy mystery, try:-
‘Run’ by Ann Patchett
‘Innocent Blood’ by PD James
‘Beside Myself’ by Ann Morgan