In 1989, budding screenwriter Julie Wassmer went to meet a literary agent to talk about script ideas. She didn’t look twice at the secretary who served coffee that day. Twenty years earlier, teenage Julie had given birth to a baby daughter who was given up for adoption. The following day, typing a letter for her boss, the secretary recognised Julie’s name from her own birth certificate. 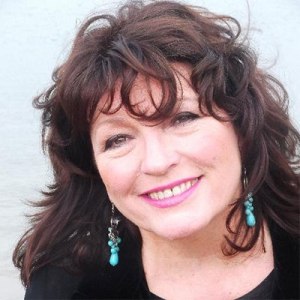 Julie managed to hide her pregnancy from her parents until she went into labour. She was sixteen. “In my family, where I was the adored only child, falling pregnant to my boyfriend Martin when I was 16 was a disaster… Martin and I never assumed for a moment that there could be a happy ending. We were too poor, too working class, too young to build a family. Adoption was the only possibility.”

After spending ten days in hospital with her daughter Sarah Louise, Julie went home alone and returned to her A-level studies. She and Martin split up. She always believed Sarah Louise would get in touch, especially when the Adoption Act was passed in 1976 giving children the right to trace their parents. She was convinced Sarah Louise would look for her after her 18th birthday in 1988. Meanwhile, Julie wrote a script that was made into a film in 1989, and the meeting with the agent followed.

“There is no ground map that exists for such situations: we have had to feel our way towards a relationship over the past 20 years. She has a mother whom she dearly loves – that is not my role. Mostly I feel we are more like sisters; other times it feels as if we are best friends; occasionally it has felt like falling in love.”

Mother and daughter meet regularly. “Writing down our experiences in a book has been cathartic. And when Sara fell pregnant at 37, I was able to revel in her experience. Picking up my grandson for the first time brought us full circle.” 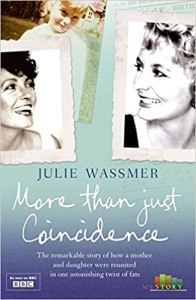 Read Julie’s full interview with The Guardian and visit her website.

If you like this true story, read:-
George Dennehy
Bob MacNish
Cat Stubbs