Over two decades, Mary Anna King refined her angst about her status as an adoptee. “I had always told myself that it was a kind of triple-win scenario – birth families relieve the pressure of a child they are unable to care for, adoptive families gain a much wanted child, a child gains a stable, loving family. But I was beginning to see there was a flipside. There can be no winners without losers. Once adoption was on the table everyone had already lost – lineage, origin, the visions of the future lives they thought they would live – and all our losses were attached to someone else’s gain in an endless, confusing loop.”

Mary was born in the Eighties in New Jersey, USA, the second eldest of seven children. Her father ‘Michael’ was ‘semi-present’, her mother struggled with money. Mary, her mother and siblings lived in an apartment building full of single mothers. “It operated like a commune of amputees, living with the lost limbs of former lovers. Resources were shared, the kids were subject to discipline of whichever mother happened to be nearest by at the time, rides or walks to school were shared and alternated… that sort of thing.”

Eventually, four of the children were adopted by different families on the East Coast. Mary and her sister Becca were adopted by their maternal grandparents in Oklahoma [below]. 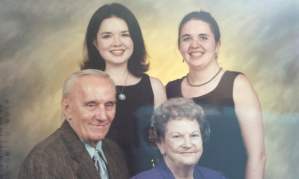 Eventually, each sibling searched for their birth family and the seven were reunited. Says Mary, “It is amazing that they all came back, because the truth is that not all adopted people search. What I have come to learn is that women tend to search more than men, and that this urge to search is spurred on when they start having their own children. Doctors start asking questions about family health history and people start to wonder. The discovery that the adoptee has siblings is another motive, especially among those like my sister Rebekah, who were brought up as only children.” 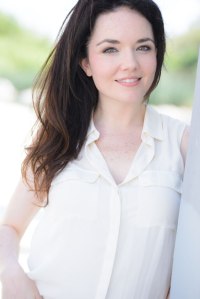 Read the full Guardian interview here, and there’s more about Mary Anna King at her blog. Or read her memoir, Bastards.