One snowy night, an accident brings together a group of people. Run by Ann Patchett tells the story of grown-up adopted brothers, Tip and Teddy, and the troubled relationship with their widowed adoptive father as they become men. And a mysterious figure is watching. The accident is the turning point that makes all of them face up to things that happened in the past, and work out how to live their lives now. Patchett is a brilliant writer and this is a complicated story full of twists, turns and family secrets where all is not as it seems. Not a page turner, but a book to savour. 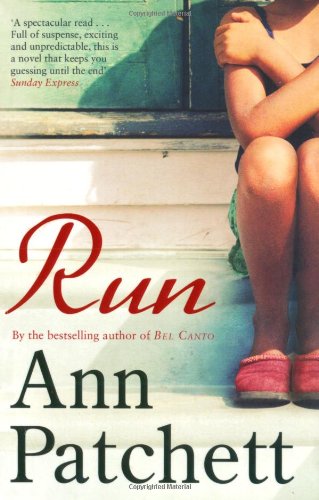 When you are a novelist, as I am – not even writing, but at that early stage of tossing around ideas in your mind – sometimes you read something which sets your creative juices flowing. Run by Ann Patchett did that to me. Ignoring Gravity, the first book in my Identity Detective series, was written and I was well into the planning stage of its sequel Connectedness. It was at this point that I read Run, the story of Bernard & Bernardette Doyle an American couple who, after the birth of their son Sullivan, are unable to have any more children. They adopt Teddy, and then his older brother Tip too. It is a story about family, biological and non-biological combined.

The phrase that leapt off the page at me was this, “‘They could have gone to someone else,’ she’d always said to him. That was the part of it she never could get over; that these sons who were so unquestionably hers could just as easily have gone to another home, a different fate. But what they never said was that they had already belonged to someone else, and they could have just as easily stayed where they were.”

Bernadette’s sense that they could so easily have missed adopting Teddy and Tip, and that if they had life would have been so different, gave me an insight for a character I was developing for the ‘Identity Series’.
BUY THE BOOK

If you like this genealogy mystery, try:-
‘Innocent Blood’ by PD James
‘In the Blood’ by Steve Robinson
‘The Ghost of Lily Painter’ by Caitlin Davies

In Ignoring Gravity, Rose Haldane is confident about her identity. She pulls the same face as her grandfather when she has to do something she doesn’t want to do, she knows her DNA is the same as his. Except it isn’t: because Rose is adopted and doesn’t know it.
BUY THE BOOK
First in the ‘Identity Detective’ series, watch the book trailer.

Annie from New York was 29 when she gave her baby son to be adopted by a gay couple. And because it was an open adoption, she has maintained a relationship with her son and his adoptive parents. Her son is now six years old. 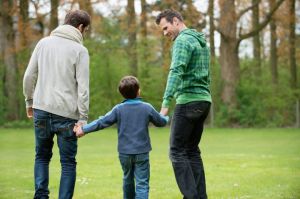 Annie was originally sceptical about the idea of open adoption, as it was described to her by a social worker. “Between lack of support from the government (no paid maternity leave or universal health care), the lack of support of the biological father, and the fact I had no local support system because my family lived far away, I didn’t have the kind of support at hand that a single parent needs,” she explains.

But she gradually came round to the concept of open adoption. “I’m part of my son’s life and my role in his life is respected by his adoptive family,” Annie tells HuffPost. “My son’s parents are the ones who set up what the parameters of our relationship actually are, they are the ones who control how much access I have to him and what that means. But they have given me a lot of say in our relationship as well.

The decision of how much contact there should be between child and birth parent lies with the adoptive family and the local authorities. And contact doesn’t mean it reduces the loss felt at the original decision to give a child up for adoption. “I still have a depth of difficult emotions I struggle with regarding adoption,” explains Annie. “And seeing my son only complicates that. I’m not trying to appear ungrateful for my relationship with him, but if it was just about my feelings and not what was good for my son I wouldn’t have an open relationship with him. “It’s not an easy path and openness shouldn’t be a reason a woman chooses to relinquish.”

Read the Family Rights Group’s explanation of open adoption for the UK.

If  you like this true story, read:-
Amy Seek
Bob MacNish
George Orwell, author of ‘1984’